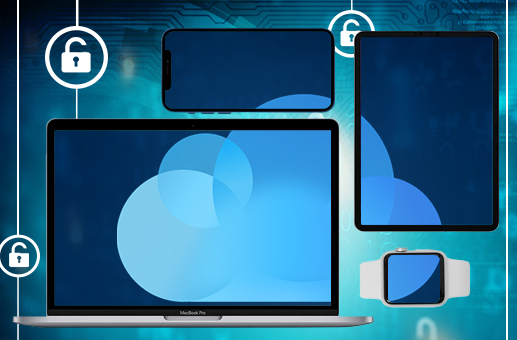 Elcomsoft Phone Breaker 10 adds the ability to use a trusted iOS device to authenticate iCloud extraction. Every type of data becomes extractable including end-to-end encrypted data, and no password is required.

Elcomsoft Phone Breaker 10 adds a new authentication method for facilitating iCloud extractions. Instead of using the login and password followed by passing the two-factor authentication challenge, experts can now authenticate to iCloud with the user’s trusted iOS device. By using a trusted device, experts benefit from unrestricted access to all kinds of information stored in the user’s iCloud account including the iPhone backups and end-to-end encrypted data.

In order to benefit from the new authentication method, experts will need access to the user’s iOS device such as an iPhone or iPad that is signed in to their Apple ID at the time of extraction. The device must be unlocked, and it must remain online and connected during the extraction. The device must be either jailbroken or its iOS version must be compatible with Elcomsoft’s extraction agent, which is also provided as part of a package.

The new authentication method offers the complete iCloud extraction, enabling experts to download iOS backups and synchronized data, including end-to-end encrypted categories. At this time, Elcomsoft Phone Breaker is the only third-party solution on the market allowing to access end-to-end encrypted data and iCloud backups saved by iPhone and iPad devices running any version of iOS. Pulling backups from the cloud is often the only means of accessing critical evidence that may no longer be present on the iPhone itself.

Every year, Apple tightens security by placing more types of data under the end-to-end encrypted umbrella. Elcomsoft Phone Breaker is the only tool on the market that can recover many end-to-end encrypted categories including the user’s passwords from iCloud Keychain, iCloud Messages, Health, Screen Time, and Maps, and more.