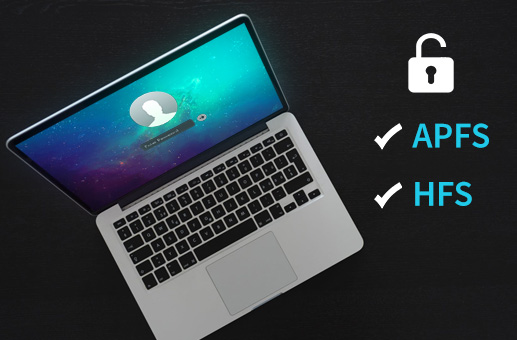 Elcomsoft System Recovery delivers support for HFS+ and APFS encrypted volumes on macOS computers, offering faster access to encrypted evidence compared to the traditional workflow. Once you boot the Mac or MacBook from the ESR flash drive, the tool will automatically detect full-disk encryption, extract and store the data that is required to brute-force passwords to encrypted volumes. Even if the keyboard and mouse are not available, the tool will start a countdown timer to capture the required hashes and store them on the bootable flash drive automatically.

Elcomsoft System Recovery makes it easy to process full-disk encryption by simply booting the macOS computer from a flash drive. The tool extracts and saves information required to brute-force passwords to encrypted HFS+ and APFS volumes.