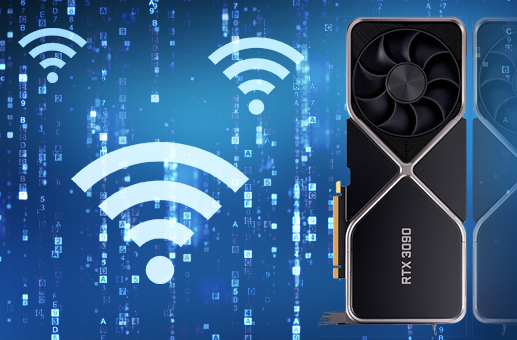 Elcomsoft Wireless Security Auditor makes use of the massively parallel GPU units to offload computationally intensive parts of the attack onto the video card. In this release, the tool gained support for the latest and greatest NVIDIA RTX 3000-series boards, helping administrators Discover weak Wi-Fi passwords faster than ever before.

The WPA2 standard specifies the minimum length of 8 characters for Wi-Fi passwords, making brute-force attacks unfeasible. However, real passwords are often comprised of single or concatenated dictionary words with few modifications. Such passwords are much easier to break and are a serious security risk. Elcomsoft Wireless Security Auditor implements a wide range of smart attacks based on dictionaries and variations of dictionary words. The tool performs attacks targeting the human factor, ensuring that dictionary words are altered and combined in a manner similar to how a real human would choose their password. These attacks allow quickly discovering weak passwords with inadequate protection.