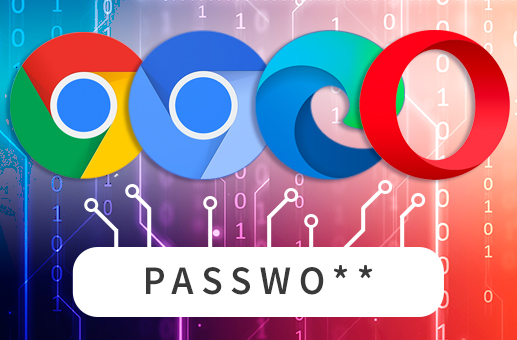 Elcomsoft Internet Password Breaker receives an update to add compatibility with the newest addition to the Web browser family. This release introduces support for the latest Chromium-based Microsoft Edge browser for both 32-bit and 64-bit Windows editions. In addition, the tool was updated to support the latest builds of Google Chrome and Opera.

Thanks to using the same engine as Google Chrome, Microsoft is offering a straightforward migration path. Users can import favorites, browsing history, open tabs and stored passwords in a click of a button. The importing is instantaneous, making the switch easy even for inexperienced users.

Elcomsoft Internet Password Breaker 3.10 was updated to support the latest encryption scheme employed in the latest versions of Chromium-based Web browsers. At this time, compatibility has been validated up to and including the following versions: Chrome 81, Chromium 79, Opera 66, Edge Chromium 80.

With this update, Elcomsoft Internet Password Breaker 3.10 can instantly extract stored passwords from the latest versions of popular browsers and email clients. This includes the latest versions of Google Chrome, Mozilla Firefox, both versions of Microsoft Edge (universal and Chromium-based), as well as Microsoft Internet Explorer, Opera and Yandex Browser. Popular email clients such as Windows Mail (Windows 10), Microsoft Outlook and Thunderbird are also supported.