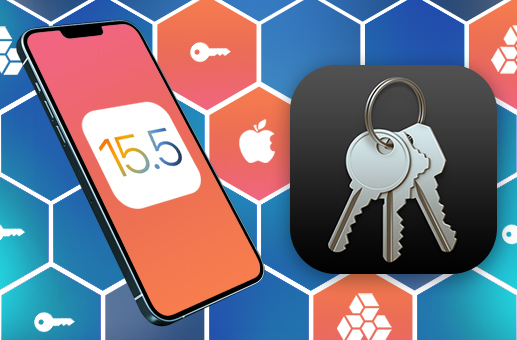 Elcomsoft iOS Forensic Toolkit 8.11 brings keychain decryption support to devices running iOS/iPadOS versions up to and including version 15.5 by using the extraction agent. All models capable of running iOS 15 are supported, which includes devices based on the Apple A12 through A15 Bionic, as well as Apple Silicone based devices built on the M1 SoC. For older devices such as the iPhone 8/X, keychain extraction is supported for iOS 15.2.1 and below.

The keychain contains the most essential evidence, which includes passwords to web sites, Wi-Fi access points and mail accounts, passwords to cloud services/accounts, credit card numbers and a lot of encryption keys such as those protecting encrypted conversations in secure instant messaging apps.

Please refer to the following chart for details on the types of extraction supported on the different platforms: 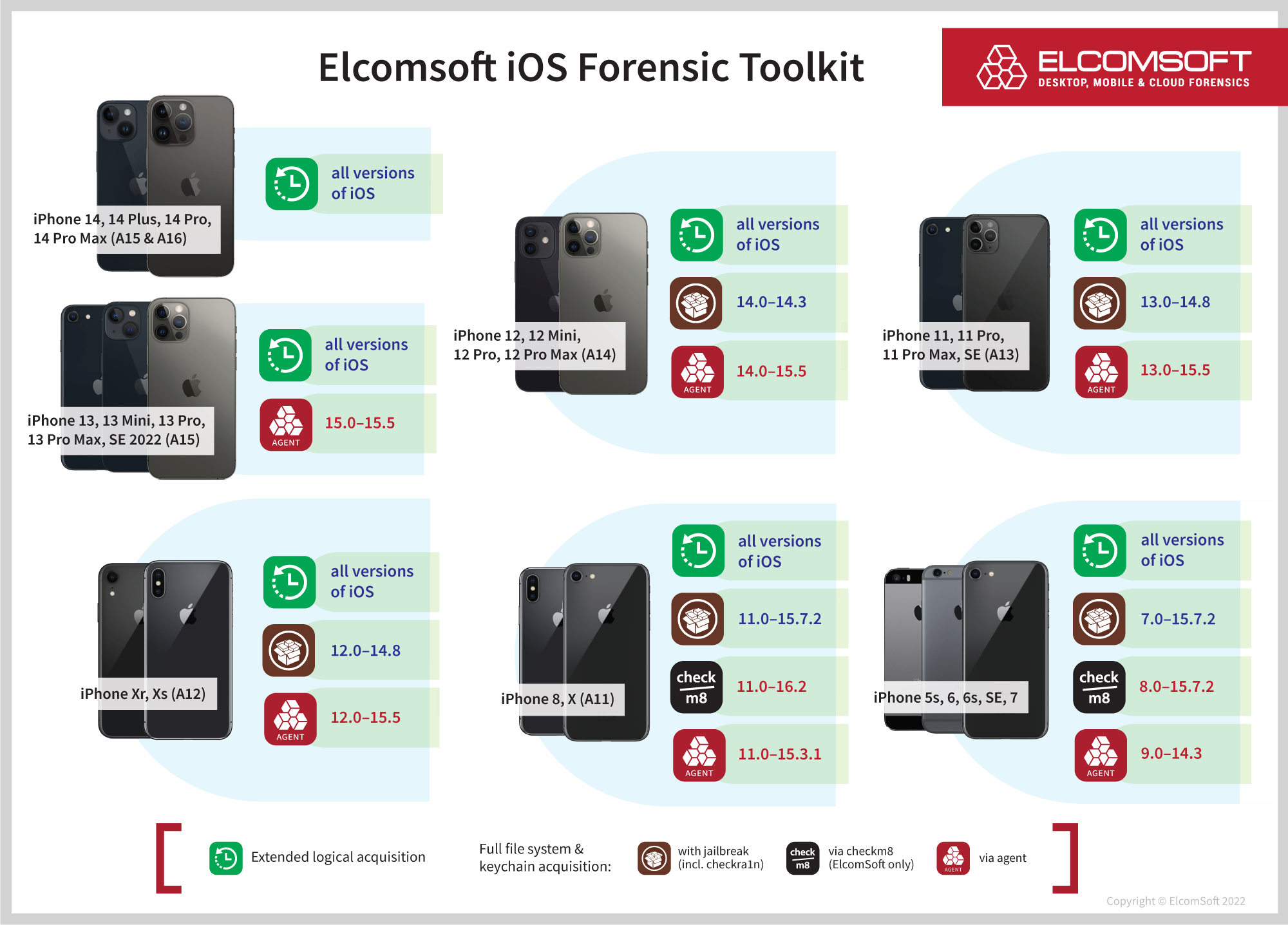